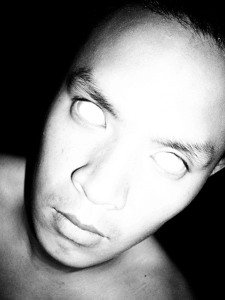 “Expect a set without comprimise, that will send shivers through any underground die-hard” – Zodiak Commune


DJ/Producer/Promoter since 1998. Too young to enter the clubs, Stefan did so anyway. Scouting all the mainstream electronic scenes at an age of 15, Stefan absorbed all the styles he could find. At age 16 he discovered the dutch free-party scene and it was here where Stefan found the ultimate setting for his music.

It’s 1998 when Stefan started DJing/producing and a year later he teamed up with his friends to start their unique brand of free-party: ZMK Soundsystem. In 2000 Stefan was already a notorious vinyl collector and he was one of the members to start the ZMK record label, which contributed even more to ZMK’s european succes. Stefan’s tracks were featured on the first 2 EP’s, which sold out within several months. Stefan has performed at countless free-parties all over Holland and Europe, promoting the dutch unique brand of acid, hardtek and hardcore.


Over the years Stefan has not forgotten his roots, and the integration of different styles (breakbeats, electro, techno, rave) became more and more evident. While his style really started to develop, his number of solo-bookings at clubs and parties exploded, including most mayor venues in Holland and touring through Europe regulary. With over 12 years of experience, he is considered to be the most booked dutch DJ of the free-party movement.


But his development does not stop there. With the rise of Ableton Live and Traktor Scratch, Stefan has found the tools to incorporate all that is good in electronic music into his mindbendig sets. Mixing obscure elements, custom remixes with the freshest beats available, digital and analog. What was considered to be impossible, now sits waiting at his fingertips! Are you ready?


“My mixing is about creating deep atmosphere mixed with uplifting energy. The styles i like to fuse are Acidcore, Hardtechno, Mental hardcore, Industrial, IDM/Breaks and a hint of Rave. To enhance the fusion i create my own custom edits of old tracks and the occasional mashups.”